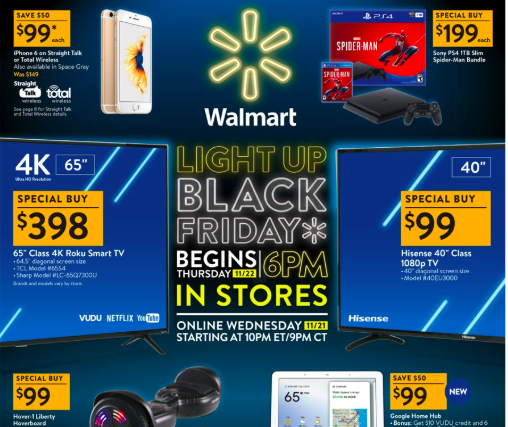 The 2018 Walmart Black Friday Ad is Out!

They’re LIVE! Shop from the Black Friday deals here on this page on the Walmart site, or from the ad below – AWESOME!

As always, I recommend doing a price match for that item on Amazon.com as you never know when Amazon will be lower in price.  🙂