This Crockpot Beef Barley Soup is so good and you’ll be floored how easy it is, too! 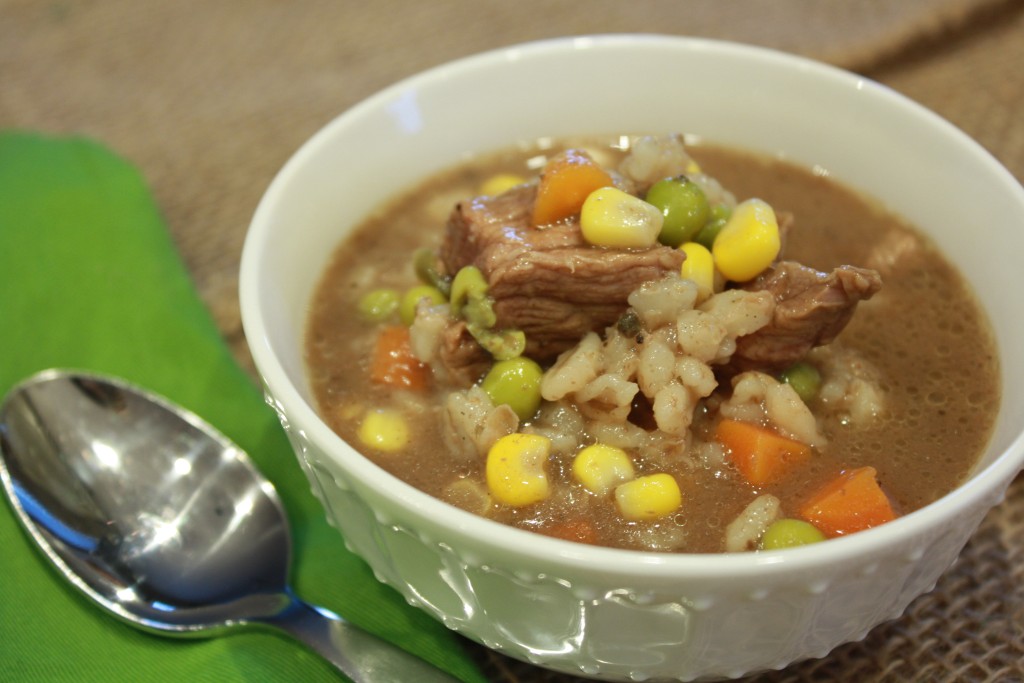 This winter I have the crock pot bug. It may be more than usual and then on the other hand, it might be completely normal and I have just forgotten how heavily I rely on my ‘ol kitchen helpers. But, this year I’ve been rockin’ it with some really fab soups in the slow cooker and this beef & barley soup is certainly no exception.

In describing this beef stew I’d say it’s similar to your good old fashioned beef stew recipe, but in that it’s actually a slow cooker beef stew – and it brought along it’s awesome partner barley. 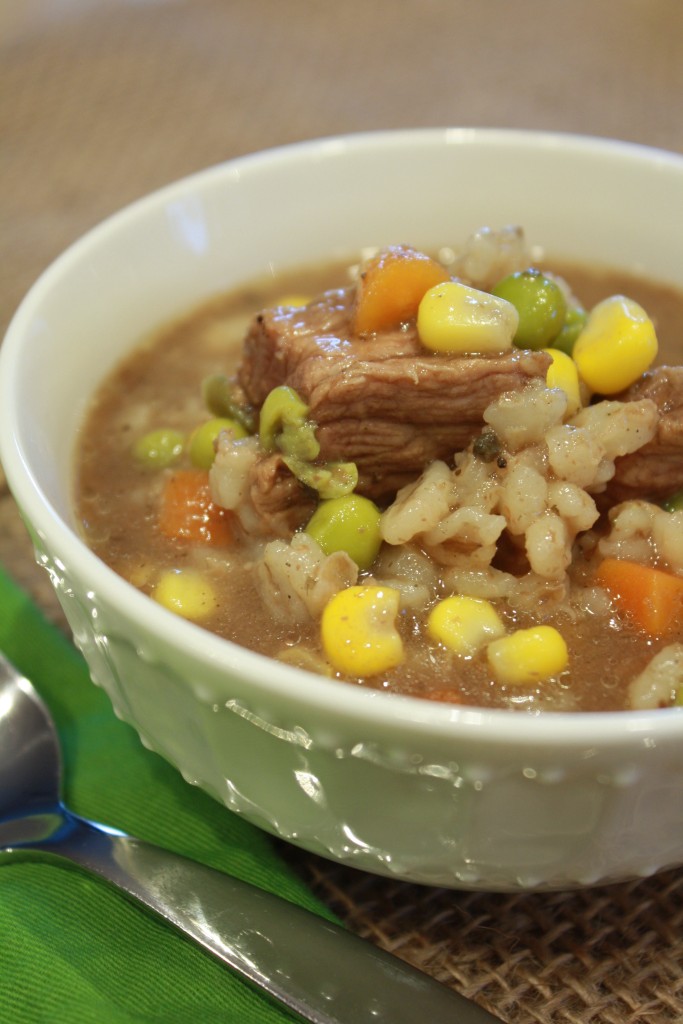 When I was little, my favorite Campbell’s soup was vegetable beef with barley and as I’ve grown older and a better… cook, I’ve determined that I can make soups very similar to the canned varieties without all of the preservatives.

So, on I went to rock this beef barley soup. And, I completely apologize for the lack of pictures, but it’s so easy that I kind of surprised myself, even and didn’t take any… 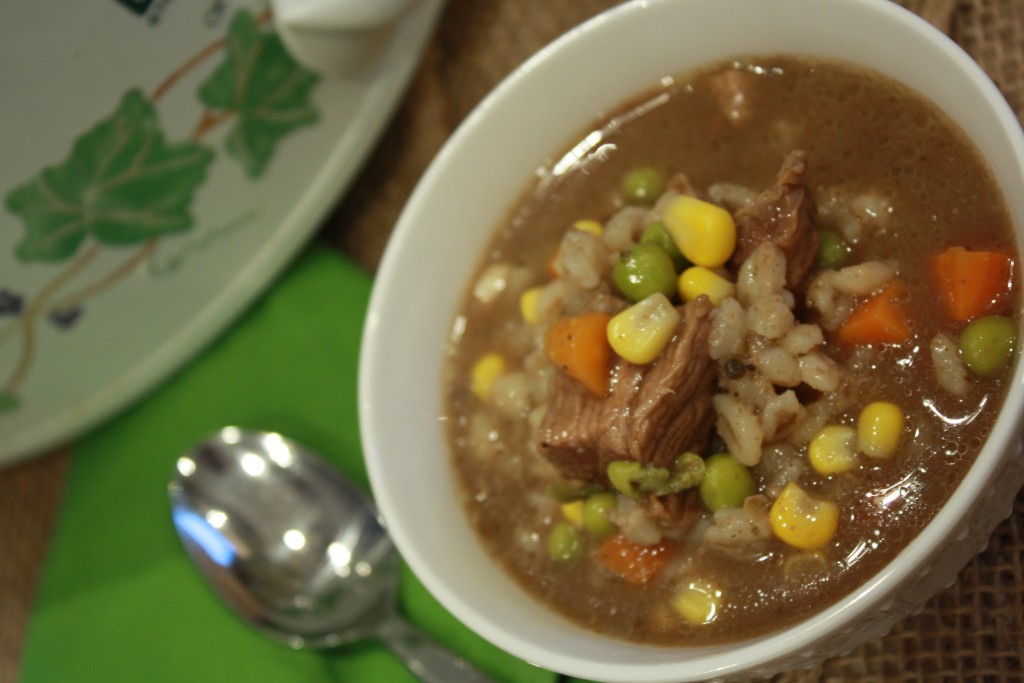 For this recipe I used:

Here’s the recipe I swear by (of course with some warm rolls out of the oven) …. 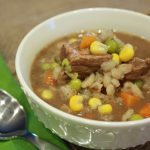 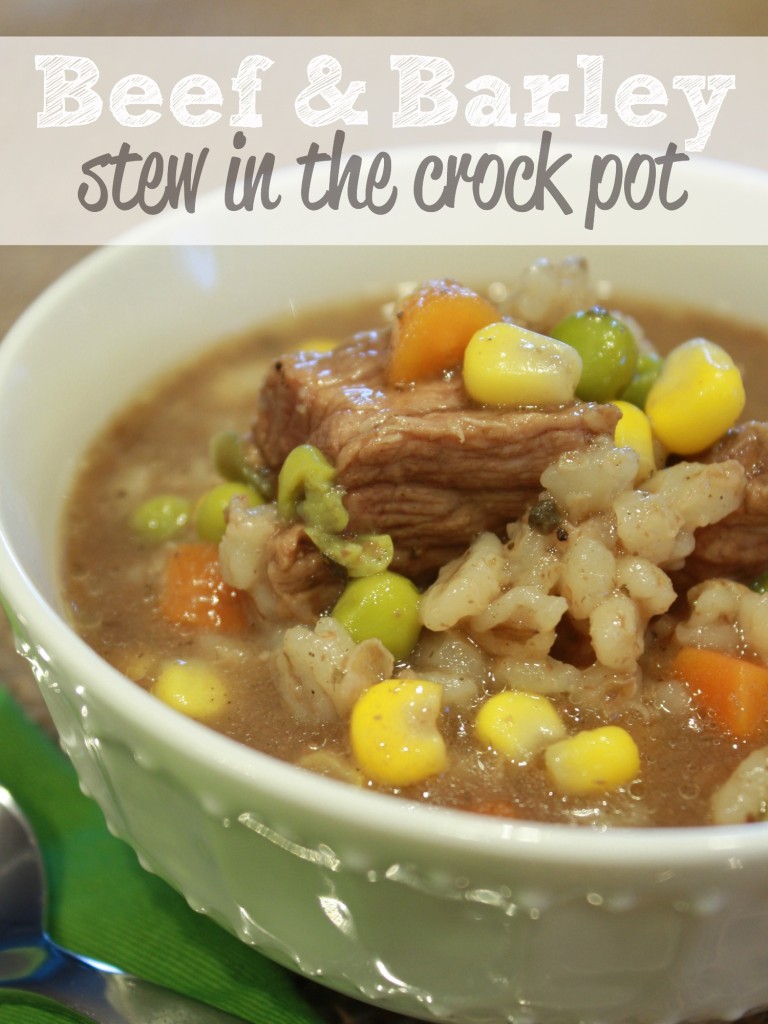