This Crock Pot apple crisp recipe is my go-to when I need something that doesn’t take up space in the oven, but rather is all made in the slow cooker. Serve this easy apple crumble with a scoop of ice cream and you have a simple but delicious dessert all made and ready to go. 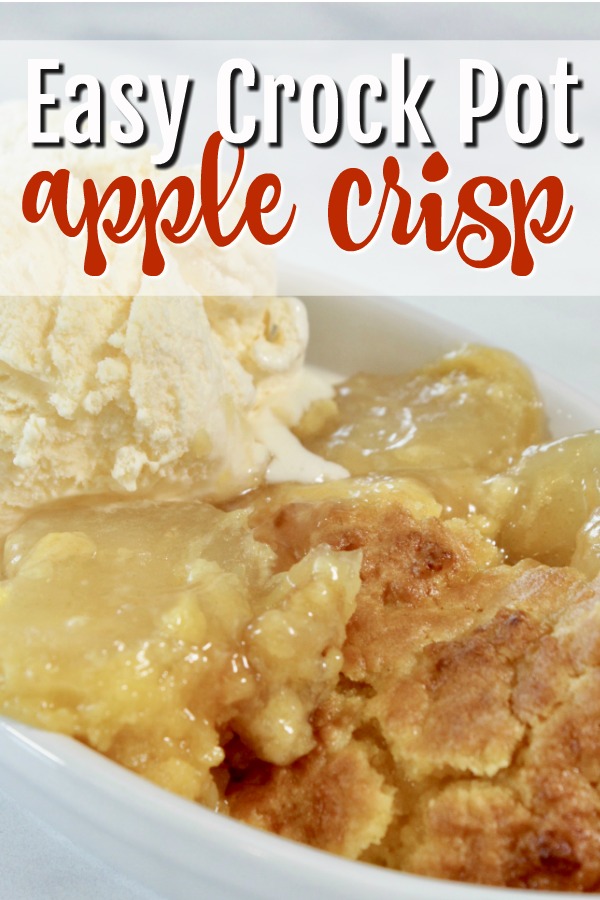 I am a lazy cook! For real. No one believes this, but I truly am a lazy, lazy cook.

The lesser amount of ingredients, the better in my opinion! But, don’t get me wrong … I still love lots of flavor.

This is exactly why I LOVE my crock pot and adore the fact that it can be cooking away for me all day while I’m doing other things. 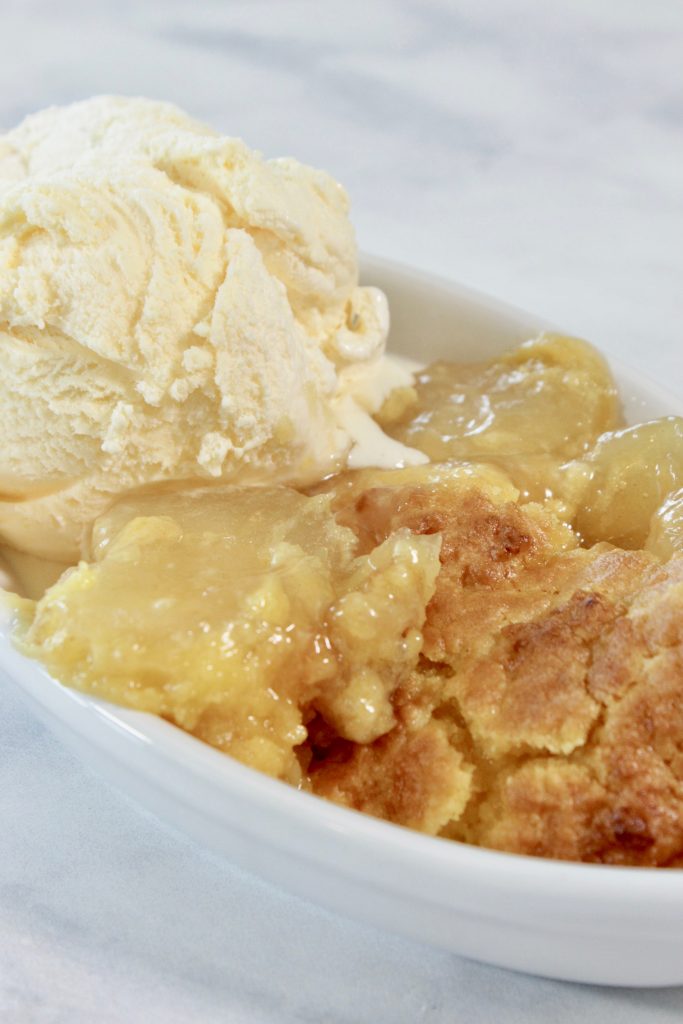 And, this apple crisp recipe is my kinda jam just for that reason. This is literally a dump and go kind of recipe that can be put together in mere minutes. Simply place the lid on top of the crock pot to let all of the flavors come together and you’re good to go! 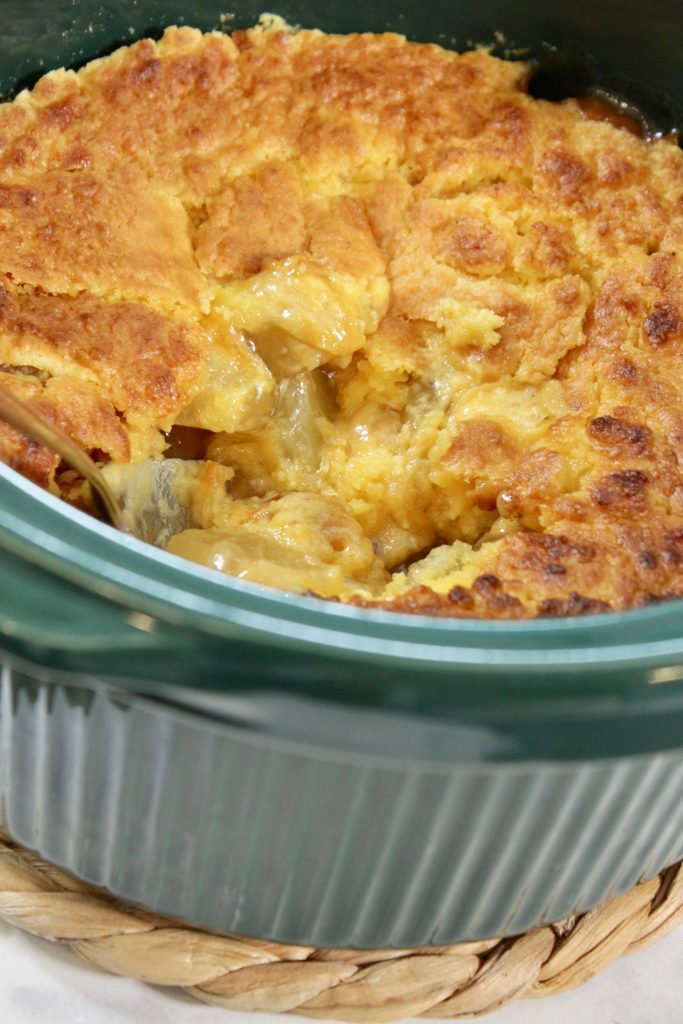 Gather your ingredients and you’re off to the races!

Four! ONLY four ingredients – seriously, I told you I was a efficient baker and cook, right?!

Are there any tips to making the Crock Pot crisp topping stay crispy?

I also like to put my apple crisp under the oven broiler for 1-2 minutes just to get the top as crisp as possible – delicious! 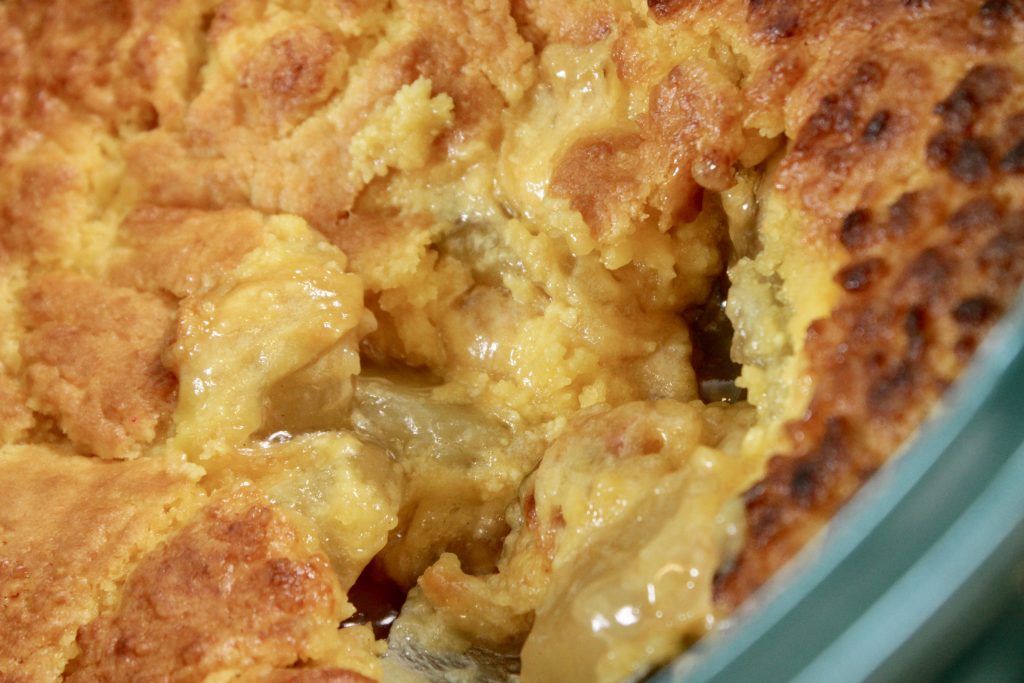 Is this an apple crisp recipe without oats?

It sure is! I suppose you could add quick oats to this easy apple crisp but, to be honest you really won’t need them. The cake mix makes a buttery, crispy, baked topping on top of the apples, that is absolutely fantastic with the flavor of the apples.

Would you consider this a caramel apple crisp?

Yes. In fact you can really taste the caramel. If you want this dessert less sweet, use half the amount of caramel sauce and/or leave it out. This would still be fantastic, even without the caramel.

What do you serve with this Crock Pot apple crisp recipe?

We love to serve this easy apple crisp recipe with vanilla ice cream, it’s absolutely fantastic when it’s freshly baked, but it’s just as yummy served as leftovers. When I have any of this dessert left over I usually just put the slow cooker lid back on the ceramic dish and put the whole thing in the refrigerator like that.

When I’m ready to serve some more I can just scoop it out of the Crock Pot and put it on the plate (or in the bowl), heat up in the microwave and top with ice cream.

Another side for the slow cooker crisp is Cool Whip – you just can’t go wrong, because it’s just as yummy by itself, too! 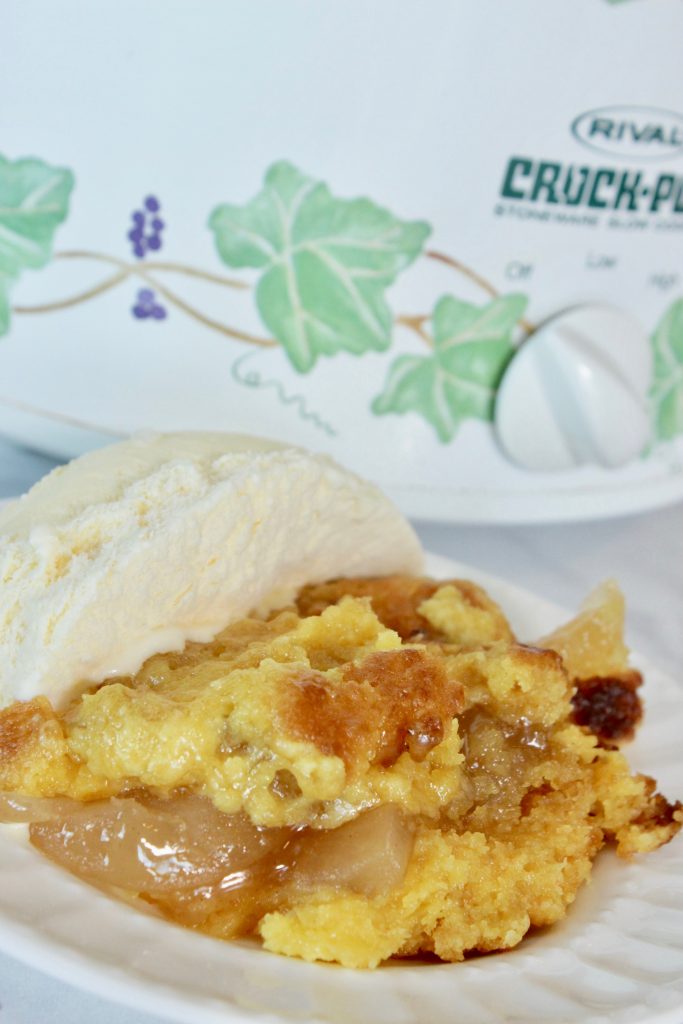 Is this crock pot apple crisp easier than making it in the oven? 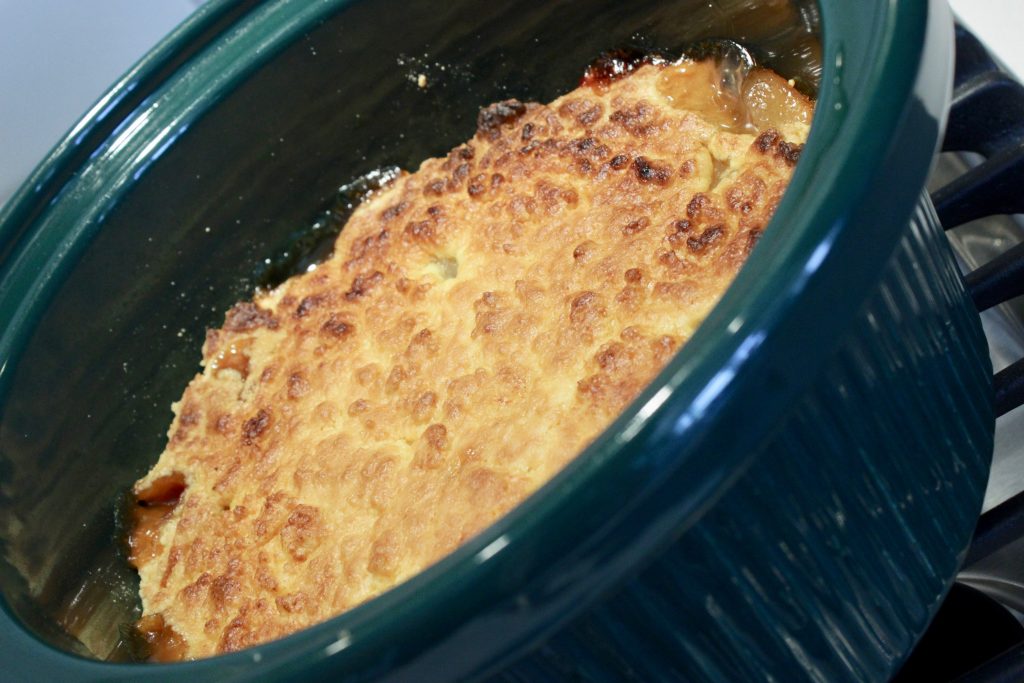 How long from start to finish does this slow cooker apple crisp take to make? 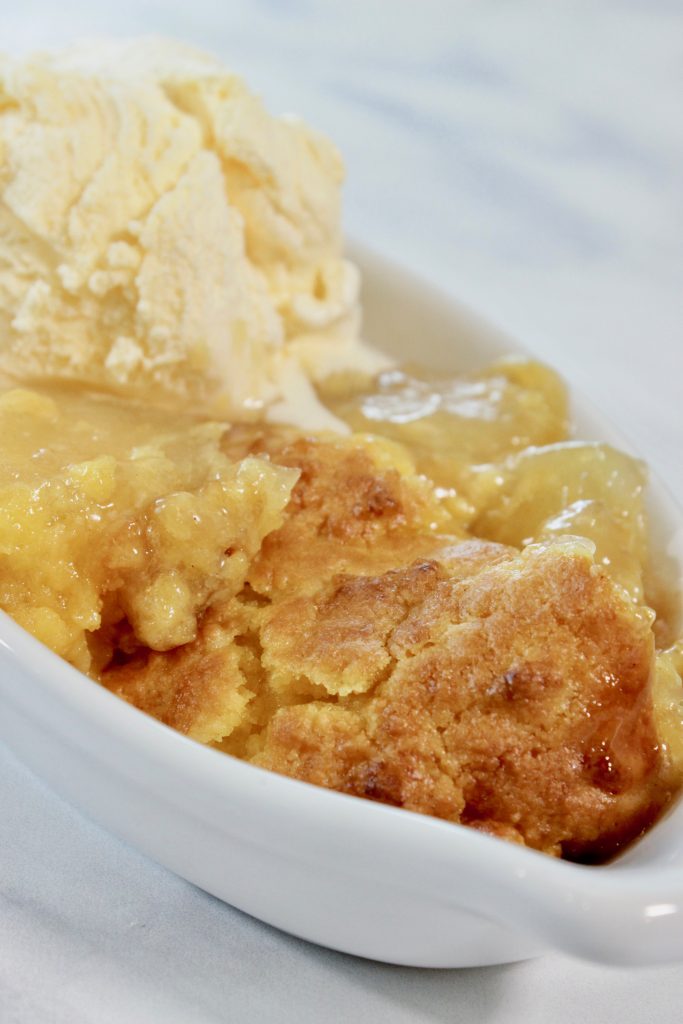