It’s the HOT toy of the season – but it’s sold out everywhere! Who Has Hatchimals in Stock? Read this post to see who has the Hatchimals in stock. 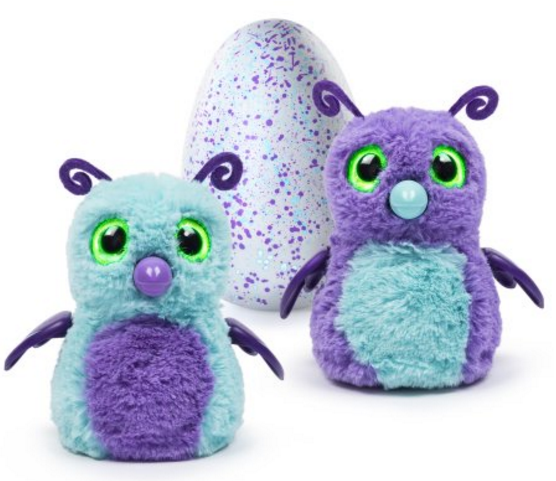 Who Has Hatchimals in Stock?

Have you been let in on the Hatchimals craziness? The new Hatchimals toy is flying off the shelves every single time it goes back in stock. And, in case you’re here wondering who has Hatchimals in stock, you’re in the right place as these are the stores that will have them in stock if anyone does:

Another tip… If you’re not seeing Hatchimals in stock on the sites listed above, you might try looking in-store. Spin Master toys, the company who owns Hatchimals is releasing Hatchimals exclusively to certain stores. Don’t give up, though… rumor has it that Hathcimals are still in production and there will be more shipments of Hatchimals on the way.

See my post on “What’s the Deal on Hatchimals“

If you’re checking on the current Hatchimals stock, you’re probably familiar with the Hatchimals toys but here’s a little about the newest hot toy for 2016:

Hatchimals are magical creatures that live inside of eggs. Who’s inside? Its a surprise! Each egg contains one of two interactive Hatchimals. Love and care for yours inside the egg and its eyes will light up as it makes cute sounds, telling you how its feeling! Once you’ve played with it enough, you’ll see rainbow eyes and that means its time to hatch!

I recommend bookmarking this page or the post that I wrote on Hatchimals in Stock and on Sale to know when they’re back in stock and ready for you to buy. I will also be the first one to let you know if I come across some Hatchimal coupons, as those will be highly sought after this year!   😀

Hi and welcome to my little corner of the internet! I'm Kate Sorensen and I LOVE to find deals on all things kitchen, family, home, beauty, women's & kid's clothing and more. While finding some deals here and there is fun, I also have a true passion for cooking and baking, so I'll share some of my favorite family recipes with you, as well as products that I think totally rock, too. Want to get in contact with me? Please email me at [email protected] I'd love to hear from you!