If you’ve had a hard time finding Hatchimals in stock now’s the time to pounce! We’re going to start seeing Hatchimals for sale at regular prices now that Christmas is over. Read on to see how to get yours. 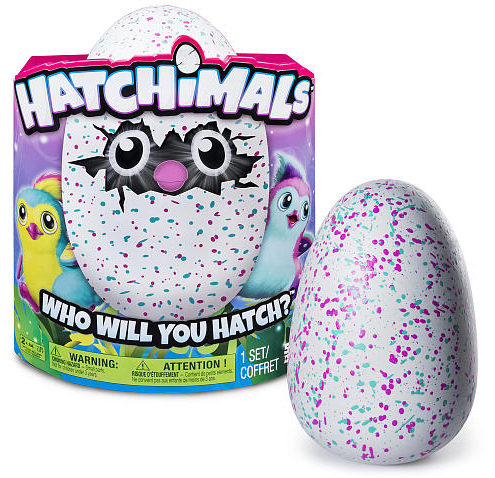 I think I am seeing a light at the end of the “Hatchimals tunnel”, and it feels darn good! I know several people overpaid over the Christmas season and that makes me sad, big time. We saw prices up to $300 for this toy with a suggested retail price of only $48.88 which is insane. But, the good news is that if Santa promised a Hatchimal to be delivered after Christmas, we’re going to start seeing some more “normal” prices for Hatchimals on sale.

For example, while supplies last you can head over to see Hatchimals in stock on the Toys ‘R’ Us website. The price is still slightly inflated at $79.99, but as of right now you’ll be able to snag free shipping to your home, which is a nice perk.

What’s the Deal with Hatchimals?

When I knew that these would be a big toy this year I wrote a post about Hatchimals in Stock (maybe in October) and I snagged one at the regular price of $48.88 thinking that I always could return it if our daughter didn’t end up asking for it for Christmas. Well, I was glad I had one on hand when that was one of three things on her “have to have” list for santa and us. I have to admit, the Hatchimal is pretty dang cute. Once the Hatchimal hatched out of the egg it went through a baby stage, and now is in the toddler phase and is growing up quickly. Eventually it will play games and interact with her, which has been fun to watch so far. And, there is a guide that comes with the Hatchimal that tells what the eye color means. This forces her to read the clues, and I love that, too!

I was nervous that this toy would be a dud, but it’s been fun.

Where are Hatchimals in Stock?

If you’re still wanting to grab a Hatchimal at a good price, I’d keep an eye on these retailers:

Hi and welcome to my little corner of the internet! I'm Kate Sorensen and I LOVE to find deals on all things kitchen, family, home, beauty, women's & kid's clothing and more. While finding some deals here and there is fun, I also have a true passion for cooking and baking, so I'll share some of my favorite family recipes with you, as well as products that I think totally rock, too. Want to get in contact with me? Please email me at [email protected] I'd love to hear from you!